TO OUR CONTEMPORARY ART SPACE

CAS combines two art houses, located in Ostend and in Zottegem (near Ghent), mainly dedicated to the exhibition of contemporary visual art as it is practiced locally through nationally and even internationally.

CAS aspires to generate significant audiences for its innovative and diverse programmes through free access and a dynamic profile. CAS is dedicated to confronting local high standard artists' work with high end national and international artists. CAS delivers between eight or ten exciting exhibitions and off-site projects each year, believing that access to, enforcement of and engagement with contemporary art can inspire and enrich our lives, our communities and our world. 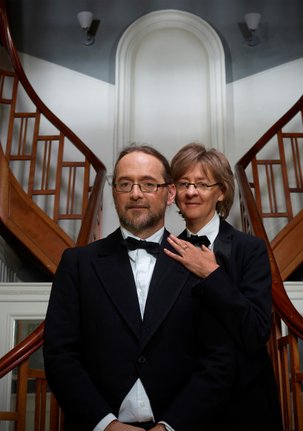 CAS-Ostend is located in the middle of the Belle Epoque area of Ostend. The Grey House, as it is commonly known in the neighbourhood, harbors part of our art collection and welcomes new artists as well as old friends in a gentleman's mansion built by an artist-musician in 1904.

The first floor houses three consecutive rooms and a multifunctional kitchen. The house features some nice stained glass doors, as well as an impressive double winding art deco staircase. Thus it maintains some of the grandeur of  pre-war king Leopold's Brussels-by-the-sea. Since 2019  also the celler has been transformed into an art space.

CAS-Zottegem is located in a former local pub dating back to the mid thirties, which went by the name of "De Morgenzon" (the Morning Sun). This pub was run by  owner Marc's grandparents for more than thirty years. Only recently it returned back in the family and, after some serious renovating, started its new life as an art house, first called "deCafe" (thePub), now rebaptised CAS-Zottegem. 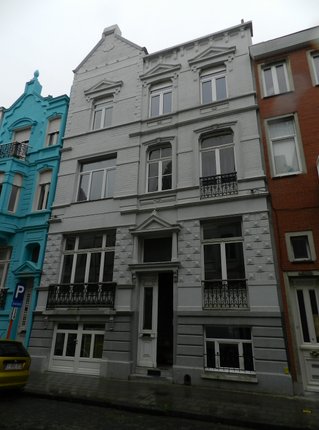 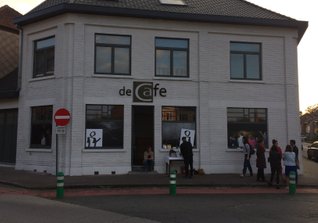